Welcome to our gallery of photos from 2008 - highlights of just some of the things we've been up to...

hago rehearsing at Lovedean on our 9th Birthday celebration

High spot of every Birthday rehearsal is the cakes - thank you to Heather and Viv for two especially scrummy ones!

In June we returned to the Waterlooville Music Festival 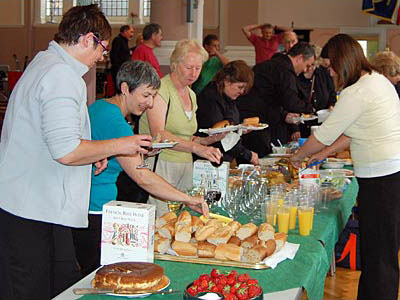 Here we are, later in June, hosting a joint concert with CGO - the Cambridge Guitar Orchestra. After a long journey down, the most important thing is food, and plenty of it. 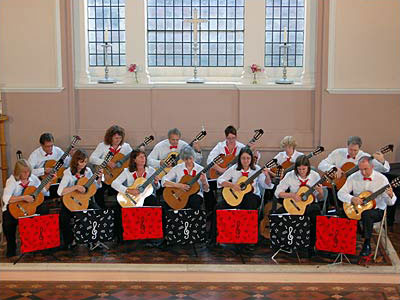 Our now traditional annual shared concert with Cambridge Guitar Orchestra took place on "home territory" in 2008 in what was for us a new venue - St George's Portsea, a stone's throw from the station, Gunwharf Quays and the Spinnaker Tower. 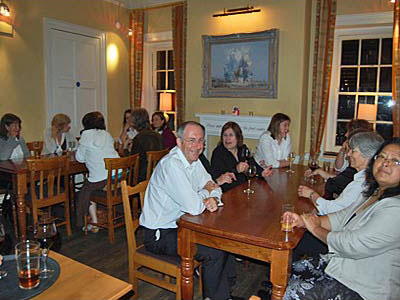 Just as important as the food beforehand, is, of course, the drink afterwards - here are some of the two orchestras, congregating in Gunwharf Quays for a tippple.

More photos in our CGO gallery

One of the most special concerts in 2008 was at All Saints Denmead, with special guest Bruce Paine, pictured second from left. We concluded the first half of the concert with Schindler's List, featuring Bruce accompanied by hago. You can watch an earlier performance of Schindler's List on YouTube - read more about that performance on our website at this page.

Actually, we had more than one special concert in 2008! Here we are at Hayling Island Amateur Dramatic Society (HIADS).

It was a fantastic concert which garnered a wonderful review.

And here's their Green Room

Our 2008 website design featured a new sidebar of "Hot Topics"