Close window to return to hago.org.uk

The "We Can Do It" awards are given by "The News" - the daily Evening Paper that serves Havant, and indeed the whole Portsmouth area.

The feature, which publicises good works in the community, started round about the year 2000.

In 2002, hago's Musical Director, Derek Hasted, was nominated for the "Best Art/Sport/Community Project" and subsequently won a Cup as the 2002 winner.

Derek missed the presentation because he was teaching a beginners' Guitar class!
The trophy was collected by his wife.

The News reported...
Speaking afterwards he dedicated the award to his pupils without whom he said it would not have been possible to accomplish all he had. He said: ‘I’m absolutely stunned and delighted and I’m also pleased for my pupils. ‘It’s because of them that I’ve been putting on these concerts and I’m sure they’ll be delighted when they find out about the award.’... 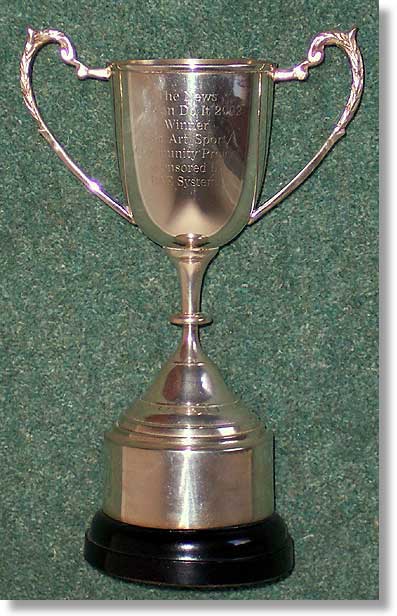 The "We Can Do It" Award