One of the scariest things about an alto guitar is the top string.

With more and more concerts each year, we decided that the risk of the thinnest guitar string in hago snapping during a concert was increasing to the stage where it was a worry, particularly as a replacement string won't hold pitch long enough to play one piece of music!

Our Musical Director's good friend and fellow guitar teacher in New Zealand, Phil Read, announced he had an alto to sell; the chance to own a well-travelled guitar (well it was when it reached us, since it was made in Spain, shipped to North Island NZ, then to South Island NZ and then to the UK) was just too much to miss!

And so it was that Phil's pupil Phil (are you confused yet?), brought it across to Heathrow (via America) on the way to Phil's (pupil Phil - keep up!) holiday in Ireland.

And so hago welcomes a 535mm scale Alegria, complete with cutaway.

You can see the alto here. 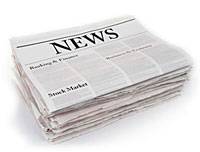