And so we make a point of recognising and celebrating that dedication.

With 18-20 rehearsals a year, it takes a long time to reach 100 attendances, but January 2005 saw the first of a growing set of presentations of a certificate and gift to those who've given so much to hago. 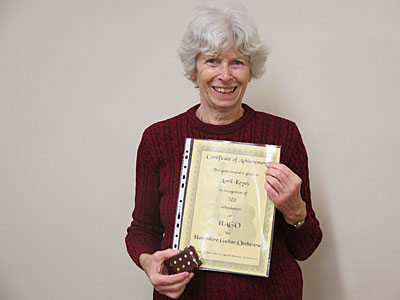 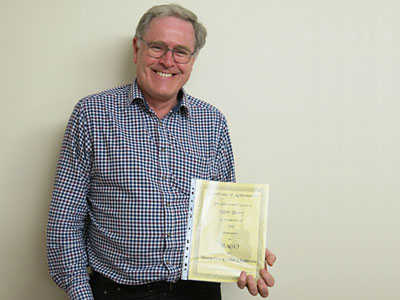 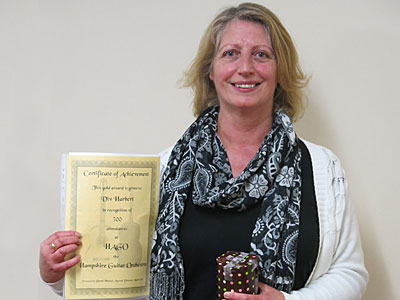 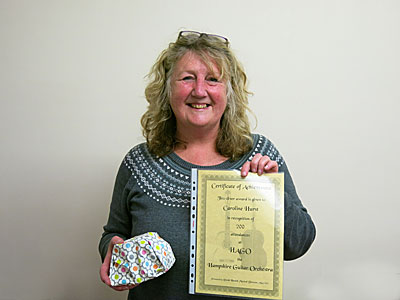 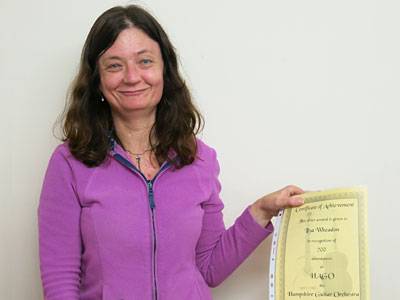 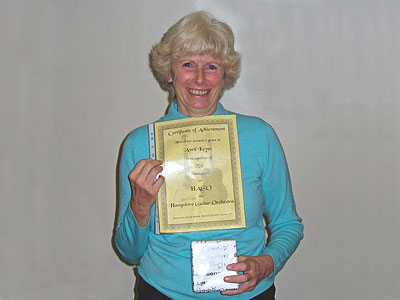 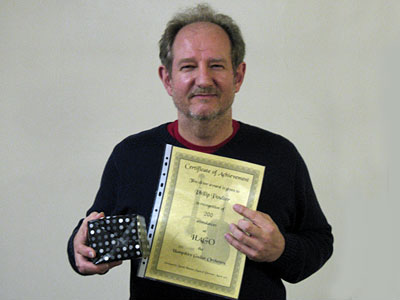 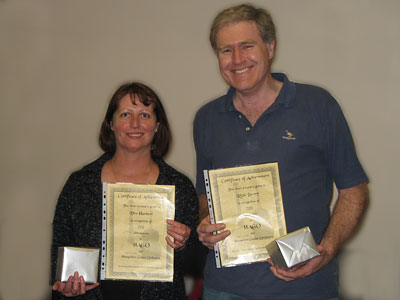 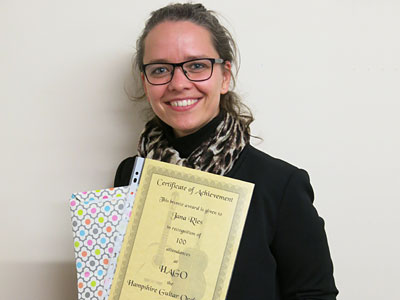 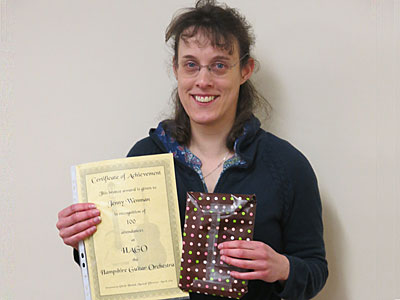 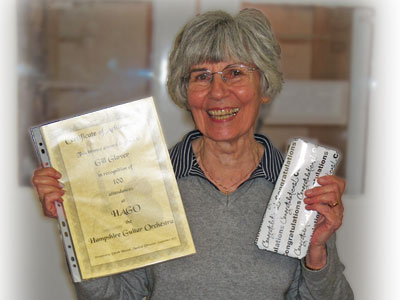 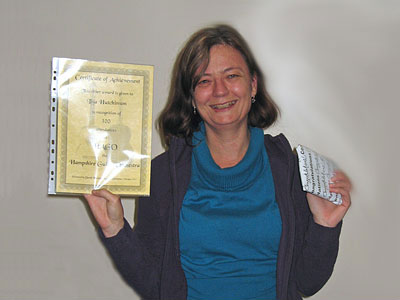 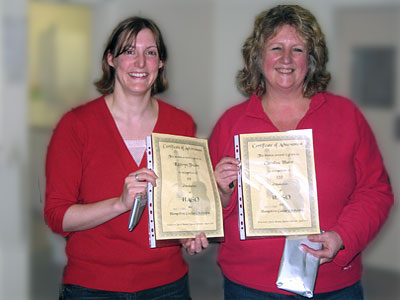 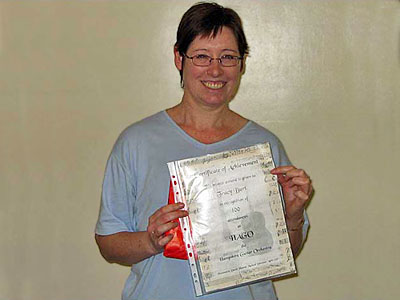 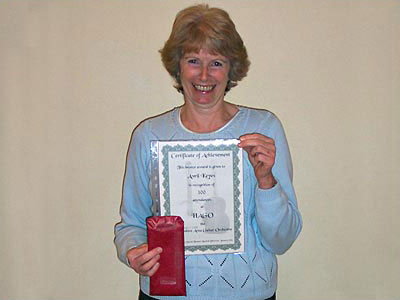 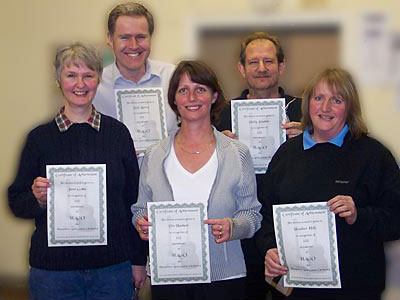